A late diagnosis can be damaging! 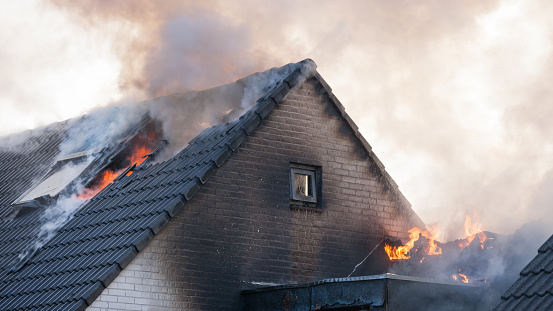 My ADHD journey began when our son was diagnosed with the condition when he was at Primary School. I found help and support online and from a local Hertfordshire charity The ADD-vance ADHD and Autism Trust * (http://www.add-vance.org). I attended a course on ADHD and accessed parental coaching within the first year which transformed our family’s experience. It was a steep, but welcome, learning curve as it brought understanding, shining a light on the nature of the condition.

Although I understood that ADHD was largely an inherited condition, I assumed that our son had ‘got it’ from his father, who had often said ‘I was just like that when I was younger’ and the core symptoms were abundantly evident in him as an adult. As I was ‘nothing like them’ it never occurred to me that I might have ADHD too. Although I was aware I struggled with attention and could be quite impulsive, I just thought that it must be the same for other people, but they were all better at covering it up than me.

I always felt that I was ‘less’ than my peers – average at best. I had an idea that I could ‘do better’ but not how to go about it. It had been a lifetime of feeling I was on the back foot, having to catch up / compensate etc. If I did achieve academically, I would tell myself that I was ‘lucky’, that the questions had been easier / thresholds lower etc. I did well in my GCSEs, higher than expected but then the wheels came off at A level and I ended up taking a year off, reapplying for university and ‘scraped’ into the University of Wales because they ‘needed the numbers’.  I fell into teaching following a ‘throw away comment’ from my supervisor as my degree came to an end. I was just going to ‘get a job’ but had no idea what and he said he thought I would be a good teacher. I applied to Cambridge for my training – reasoning that if they offered me a place it would mean that at least on paper I had what was needed. They did offer me a place and I qualified as a Secondary School RE teacher.

I have over 20 years’ experience as a classroom teacher in a variety of secondary settings from mixed comprehensives to an independent boarding school. In addition to my teaching, I have held both pastoral and academic responsibilities and have been a GCSE and A Level examiner. I enjoyed positive relationships with my students and found working alongside young people a great privilege and very rewarding. However, that whole time, if I got offered a job, I would say to myself that the pool was small, or that I was a good fit in terms of costs or practical circumstances, rather than because I was the best person for it. My impulsivity tripped me up frequently in my relationships and at work, but it never occurred to me that there could be an explanation, I just said to myself ‘you are a bit stupid really’ doing these things on repeat.

As our son’s own education was getting increasingly precarious, I decided I needed more flexibility than teaching could offer and left the profession. I started working for a local charity and became a coach and a trainer for parents / professionals who live / work with children who have ADHD and Autism. From the beginning of our journey, I had been a supporter of the ADHD Foundation and have attended most of their annual conferences, to support my work but also my family. It was here I was introduced to the QbCheck, a computer software test that generates objective measures of the core symptoms of ADHD. I thought it could be a helpful tool for the families I had been working with and undertook the QbCheck out of interest and discovered (to my surprise!) that my symptoms were very high compared to my peers. It was a revelation and a relief to finally understand that there was a reason for my struggles, and that ‘my normal’ was anything but ‘normal’. This alerted to me to our then teenage daughter, who was very similar to me – and we were able to organise an assessment following her own QbCheck. She was diagnosed just as she began her A Levels and I am so grateful that we ‘caught her in time’. She opted for treatment and was able to achieve the highest grades and is at Durham now, reading French and Russian, but we realise that the medication carried her though, so she was able to fulfil her potential.

My own formal diagnosis came after this when I was 44. Late diagnoses such as mine are too often the case which this can be very damaging. Many internalise their ADHD symptoms and end up developing a range of mental health conditions because their ADHD was never recognised or supported. I count myself very fortunate that I have not been too badly affected, which I think is in part due to my relationships, as I am very well supported. Also I chose professions that suited my brain, and I have been able to do well – but this was luck, not good management.  I now live well with ADHD and the woman that I am, loving her as she was made to be, no longer haranguing her for what she ‘should be’. I now focus my coaching on supporting girls and women, and I am passionate about using my experience to help them grow into their symptoms and learn to see ADHD as a strength, fuelling their drive and success. I am excited about your project and the awareness it will generate so we can do better for our girls going forward.

The ADHD Women Project Team does not endorse or verify service centres or type of tests used for an ADHD diagnosis. We receive personal stories from women who share their journey, without editing their submissions.