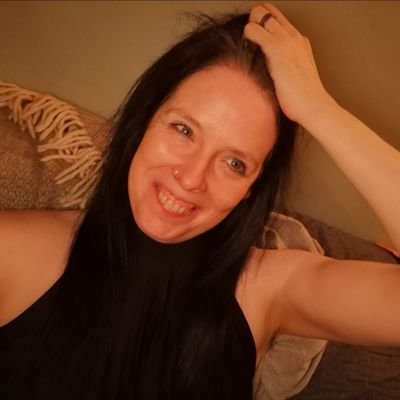 Serendipity has long been in my list of top 5 favourite words, it is also the reason for my ADHD diagnosis aged 44.

When thinking back on how it all came about, I have an image in my head of light bulb moments happening in adults around the country, which in domino style resulted in other adults ﬁnally ﬁnding out the reason for the chaos inside their heads and homes. In my case, there are four adults involved who I know of directly – a friend of my friend, my friend, myself and then my brother. Within a year we had all received our ADHD diagnosis.

Before this time we had spent our entire adult lives (and parts of our childhoods) feeling that something wasn’t right and being fobbed off and mis-diagnosed, which is why we all thought of each other when we learned more and more about ADHD.

For me, things started to feel ‘wrong’ shortly after I left home at 19. I moved to a different city for university and within a year of being there had fallen completely in love for the ﬁrst time, with someone who later became husband no.1. In retrospect I think the intense feelings I had around this time completely overwhelmed me. There was euphoria but there was also massive vulnerability – to give myself completely to someone else was to risk being hurt. So there was also enormous anxiety. Now that I know more about ADHD I know that it is very common for our feelings to be so much more than ‘normal’. Emotional dysregulation is a core symptom of ADHD; we feel much more intensely than people without the condition. For me there is no middle ground – I’m either ﬂying or burying myself as far underground as possible. I also now know that RSD (Rejection Sensitive Dysphoria) more than likely played a part in my anxiety.

In addition to this, there was the issue of hyperfocus. My partner was my hyperfocus. I let go of friends, I let go of my sense of self and I completely let go of the reason I was there in the ﬁrst place – to study. I scraped a pass by the skin of my teeth and was very lucky not to be thrown out; I was called into the ofﬁce and warned every year that I could be.

Up until this time I had always managed well in an academic setting, which is part of the reason I would never have considered ADHD. I wasn’t particularly great at concentrating in class and would often day-dream and was called a “chatterbox” on every one of my primary school report cards, but when it came to passing tests – I did really well. Studying would always be left to the last minute but then adrenaline would kick in and I would manage to cram masses of information to regurgitate in the exam and forget immediately after. The same was true of essays at uni. I could be out the night before then wake up ﬁrst thing and with heart racing write an essay. My best results were obtained this way, much to the disgust of fellow classmates. One said, “You are the cleverest in the class but you are also the biggest slacker, it’s really not fair!”

It was around this time I really started self-medicating. I drank far too much alcohol and snorted large amounts of amphetamines. Only at these points did I feel calm and relaxed. My anxiety had started to produce feelings of dissociation which I found incredibly frightening and was unable to get any help with. I went to the GP and told him I felt like I was going mad and all he could say was “if you feel like you are going mad then you deﬁnitely aren’t. You just need to relax” – this was to be the ﬁrst in a very long list of unhelpful remarks I have had from GPs.

At 24 I started a post graduate diploma – I convinced myself and the admissions ofﬁce that I had changed, I was more mature and I would work hard. As the result of a scathing report from my ﬁrst uni I was asked to attend an interview. I was grilled for 2 hours on why I should be given a place when I had done so badly before. With the ‘gift of the gab’ I won over the admissions ofﬁcer and was accepted. I then went on to become a regular in the student union and in the end didn’t even graduate. I had actually done worse the second time around.

However, another serendipitous turn of events happened and I landed a job I loved. I got on so well with the interviewer and she didn’t check my supposed certiﬁcates and I started shortly afterwards. There were 6 of us in the ofﬁce, which was a beautiful old townhouse, we got on well, the job was varied and I enjoyed it greatly. Consequently, within 5 years I had moved up from assistant to manager of the department. Luck has deﬁnitely been on my side on many occasions. But more than that, when I am doing something I love I will give it my all and as a result I was good at my job.

During this time I got married – and four months later started an affair with a friend of my husband’s. Around the time anniversary cards were coming through our door I was telling my parents that I was leaving the marriage (they had paid for) and I was with someone else. It was not a great point in my life but it was necessary. I should never have gotten married in the ﬁrst place, which was obvious to some of the people around me but not to me at the time. I got carried away. I didn’t stop to think. I acted impulsively. Reality soon hit home though and I became deeply depressed with constant suicidal thoughts. The man who was to become my second (and ﬁnal) husband saved me. Moving straight from one marriage to another serious relationship may not have seemed like a good idea to many but it was the right thing for me and twenty years later we are still together, still in love and have a beautiful family.

When I became pregnant with my ﬁrst child I left my job to become a full-time mum and eventually a home-schooling mum to my two daughters. Again I was in a position that suited my ADHD. It was varied and ﬂexible and I love being a mum and watching my girls learn.

However, my problems with anxiety and depression continued. Apart from during both pregnancies and for short times afterwards, I had pretty much spent my entire adult life on antidepressants. I had seen numerous counsellors and therapists but I had no real answers as to why I struggled so much.

As our family grew my husband and I moved to larger homes until we settled in our current home 7 years ago. Our home is in the middle of nowhere, surrounded by sheep, cows and wildlife. It is a large house with a large garden. It is perfect but it is,

or was until Elvanse, a monumental mess. It got to the point that I just couldn’t appreciate what I had. I knew how lucky I was but at the same time I was chronically overwhelmed. I felt like I was drowning and the house was pushing me down. I couldn’t understand how I could have everything I ever wanted and more but still be struggling so much. My struggles also didn’t seem logical. Why after doing a load of washing would I forget about it and often have to wash it all again, at least once? Why could I not drag myself off the couch when I had so much to do? Why would I forget to order dog food or the weekly shop or forget appointments time and time again. I was constantly frustrated with myself. I felt ashamed and consumed by guilt. I had medication for my anxiety and depression, I had a supportive husband, I had had years of therapy. But still things weren’t right…

I started medication for my ADHD about 2 months ago and I can say without any exaggeration that it has turned my life around. The ﬁrst morning on the medication was so so beautiful. For the ﬁrst time that I could remember I felt calm and clear-headed. I was focussed. I could get things done. My life is so much easier on medication and I have been incredibly fortunate that the ﬁrst type and dose I tried (30mg Elvanse) worked. For the ﬁrst two weeks I barely slept but I think this was because I was over-doing it. I had often had the experience that when the switch is on in my head and I’m off on one I later can’t sleep because I can’t turn it off again. I think this is what was happening for the ﬁrst two weeks. So I have learned to pace myself. In addition, I need to keep an eye on what I’m eating and stay hydrated. I am also ﬁnding that the effect of the medication varies greatly with my estrogen levels and this is something I am currently researching and working on.

When I look back on my childhood I can see that there were signs. My mum once told me that when I was little she had to stop visiting people, as I was just “too wild”, she also told me how embarrassing it was taking me to the playgroup that my gran ran, as I was the only child who wouldn’t stand still long enough to do any of the activities. My primary school teachers used to time how long I could be quiet or make me sit on my hands to stop me ﬁdgetting. However, it was the 70s/80s and the knowledge, support & information just weren’t there. Also, despite being a bit wild I was reasonably well-behaved in school and did well academically.

Maybe along the way a therapist or doctor should have picked up on my symptoms and realised that ADHD was responsible for many of my issues but even now the knowledge just isn’t there with much of the health profession. I had to ﬁght with my GP for a referral – he told me that “adult ADHD was very rare”. Time and time again woman and girls are going undiagnosed or misdiagnosed, as most studies into ADHD have concentrated on males and mainly children. So for an adult female, who can present completely differently, it is incredibly difﬁcult. Not only that but we have our own separate issues with estrogen affecting dopamine levels and there is so little information out there. Studies have deliberately avoided using women who menstruate as they don’t want our ‘messy’ hormones skewing their results.

Fortunately, there are now people out there researching this and hopefully before too long there will be more information available. Until then the only thing I can do as a woman with late diagnosed ADHD is keep telling my story and hoping that the domino effect continues and another adult will have that light bulb moment.