Finding out why I’m not fitting in ~ Part 1 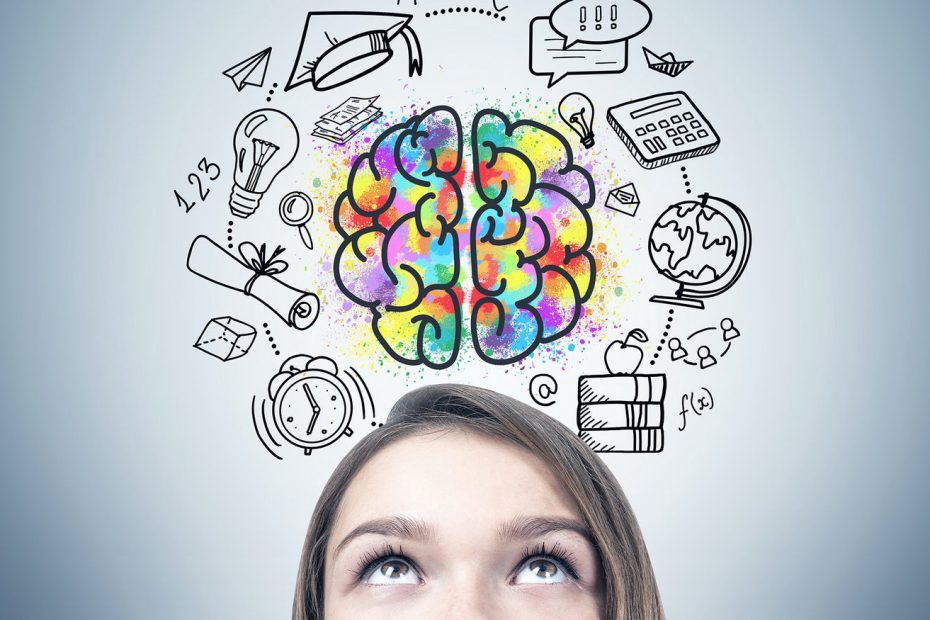 Today I finally got an appointment confirmed with a psychiatrist and I’m so damn excited about it.

I know, what? It sounds a bit weird and scary. Am i ok? Mostly, yes. Is there something going on with my brain? Probably, yes.

My life has overall been pretty fantastic. I remember saying to friends a couple of years ago, if I died today, I’d actually be pretty happy (don’t worry I’m not dying). I have many privileges, great health, wonderful family, work, things I’m passionate about.

But I have always felt a bit different… not your typical ‘girl’, a bit chaotic, like no-one really understands my brain, and like I’ve never met my potential.

I’ve always coped. Handed in school assignments just in time, remembered everything by constantly thinking through my to-do list, getting the minimum possible entrance score to my undergraduate degree, finishing my honours thesis on the morning it was due.

My favourite times of my life are a whirlwind in my memory — so many things happening that I was both wired and exhausted but achieving a lot and procrastinating very little. I’ve always had the means to ‘be myself’ which meant I never seriously questioned anything.

I started to feel more like I had a ‘problem’ around halfway through my PhD. I was disorganised, stressed, unmotivated and extremely frustrated with myself. I was spending weeks on my computer all day, but getting nothing done. I felt like the people around me could tell I was struggling but didn’t know how to help. Shame and embarrassment really kicked in. What was wrong with me? why couldn’t I just put my head down and get sh*t done?

I blamed my environment. The lab culture was toxic, my supervisor was critical rather than caring, I was poor and couldn’t afford to properly look after myself. During my PhD my lab also suddenly ‘moved’ from Melbourne Uni to Monash (Clayton). I seriously injured my back and couldn’t stand up for long periods for 3–4 months. I had a concussion that affected me for weeks. A friend committed suicide. Some pretty crappy things that meant, in some ways, it made sense that I wasn’t coping well.

and i blamed myself.

Meanwhile I had actually completed my research, published a couple of decent papers, done a bunch of teaching and written half my thesis.

I had watched every TED talk on ‘Leadership and Organisational change’ and every self help book on ‘How to be productive’ but nothing seemed to be the answer.

For a while I thought… maybe I’m just depressed and anxious, my identity is tied to this PhD and I need a break. So I found myself giving up on my thesis for a while, on centrelink for 3 months so I could afford to eat and pay rent. I managed to find a job but not before having to get financial help from parents and applying for jobs like door knocking because I was so desperate. Luckily the job I did get was great, but eventually, despite having money, a supportive boss and a job I loved, I started to struggle again with feeling unmotivated and underperforming.

So then i thought… maybe I have aspergers… did some research, probably not.
Maybe I have hypothyroidism… Had a blood test… not that. Iron supplements helped a little.
A while after that I thought… maybe I suffered terrible trauma as a child that I don’t remember
Bought some books about that, seemed like I was overthinking it.

And a while after that I thought… maybe I’m aromantic and asexual and also polyamorous so just confused and weird. But then… why is it affecting my whole life?

Then a few weeks ago a friend, female, my age, who is going through the process of getting diagnosed with ADHD shared this article on facebook. I read it and my stomach sank… that sounded a LOT like me. After a fair bit more reading and a fair bit more crying I felt pretty confident that this could be something going on for me.

I started mentioning it to people in my life… turns out it’s VERY common for women to go undiagnosed until their adult life when things start to get difficult or go wrong because they’re so overwhelmed. It also turns out ADHD is the most treatable psychiatric condition that exists — with options for both pharmaceutical and non-pharmaceutical interventions, most diagnosed people experience improvements in their life. Part of me is worried I’m making this all up, part of me is angry that none of my teachers or counsellors ever knew to consider it as a reason why I struggled, and part of me is SO glad I might be able to get some help.

Classically ADHD looks like naughty young boy disrupting class and struggling to focus. But – it’s actually equally common in women and men as adults (approx 5% of individuals!!), and it can be the ‘hyperactive’ type which tends to be more physically disruptive (not really me), or it can be the ‘inattentive’ type which tends to be dreamy, disorganised and distractible (more like me). The other big myth about ADHD is that people who have it struggle in school, turns out a lot of ‘ADHDers’ do REALLY well academically and end up masking their symptoms until later in life. Even more confusingly for women, symptoms can fluctuate with menstrual cycle hormones and so one week things can feel manageable and the next like an absolute nightmare.

The biology of ADHD is linked to dopamine levels in the brain which tend to be lower and thus drive constant dopamine seeking behaviour = STIMULATION!!!

A great analogy I heard to describe having ADHD is that it’s like having a brain with a sportscar engine but bicycle brakes. It literally races constantly and stopping it or steering it is incredibly exhausting.

Or it’s like everyone in the world has a giant trolley of tennis balls that they wheel around but your trolley doesn’t have sides so the tennis balls keep falling off and you spend all your energy trying to just keep the balls in your trolley and wondering why other people can just walk through life without dropping all theirs.

I know… a bunch of these might be relatable to you reading this, (ever considered whether you might have ADHD??) but also, they probably are because most of these things are normal in small doses (i think?), it’s only when they start to add up that they can really spiral into *not coping*.

Some things that I already do that I find help me function which are coincidentally recommended for ADHDers:

So I thought it was worth putting this out there because I might have other adult friends who want to explore this as a possibility or might know someone who is struggling and doesn’t know why. I want to TALK about it. Lack of awareness about what ADHD really looks like is partly why people end up reaching adulthood without realising that life doesn’t need to be SO hard. I have a lot of resources ready to share and whether I end up being officially ‘diagnosed’ or not, I really quite like my brain, even though it has weaknesses it also has superpowers and I’ve now learned far more about how it works and how to support myself in a way that feels like a new found freedom.