I was diagnosed at age 7 with ADHD 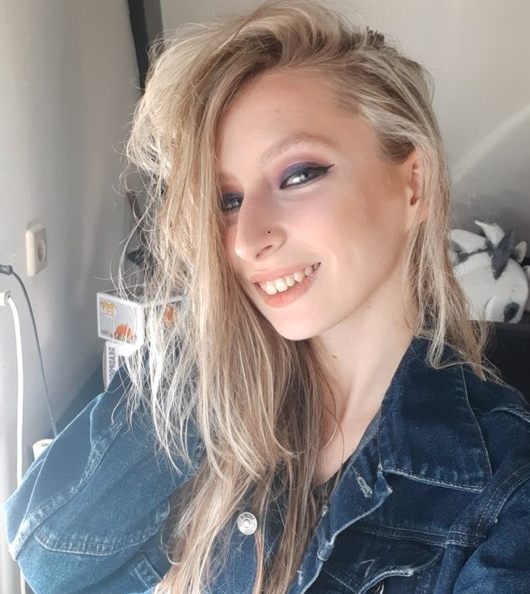 I got officially diagnosed with ADHD at the age of 7. When I was 4 years old, my parents already saw that I had way too much energy, that I spoke fast and loud and that I had no concentration whatsoever. They took me to a doctor who did the usual tests on me and he already could tell that I had ADHD. But I was way too young to get an official diagnosis. They told my parents to come back when I started having trouble at school. Fast forward 3 years and I was in elementary school. My teachers were thinking about letting me repeat my grade, because my progression and grades weren’t up to part with what they wanted. So we went back to the same doctor, got my official diagnosis for ADHD and started with medication.

I have ADHD-C, the combined type. When I was younger, I was very hyperactive. I had a lot of energy that I needed release of through sports. I started Taekwondo (a Korean martial art) when I was 6 and did a bunch of other sports next to that, such as Tennis, gymnastics and dancing. I was very loud and impulsive, but I was also social, positive and in general a very happy child.

I never had much trouble with the fact that I had ADHD. I was liked by my classmates and teachers. But it was sometimes hard to be like everyone else. I would zone out in class for 15 minutes and not realize we had moved on to the next subject. I had a lot of trouble with reading, which I had to get extra lessons for to catch up with. Sitting still was also a problem, to much annoyance of my teachers. I also had a lot of trouble with subjects like math, but would excel in subjects like topography and P.E.

High school wasn’t much different. It was basically the same as in elementary school. But mentally it become harder. At the age of 14 I started to have mental problems. I became depressed. I never knew it had a connection to my ADHD and it wasn’t really a thing that was talked about. So I hid it. I hid my depression from my parents, my sisters and most of my friends at the time. I didn’t know how to deal with it and it spiralled out of control. In that same period a lot of stuff happened that I still struggle with. I lost most of my friends then and was alone for the majority of my third year.

I pulled myself through high school. I stopped using my medication, because I felt like it was time to try on my own and went to culinary school. The first year and half of school was fine. It wasn’t hard and it gave me something to focus on that I liked. But the hard work environment and my mental health were a bad combination and I started to spiral again. One of my teacher noticed and asked me if I was okay. I broke down and told him what was going on. Because of him, I went to the schools therapist. From there I started with telling my sister, who supported and encouraged me to tell my parents. I went to an official psychologist and got diagnosed with depression at the age of 18.

When I started talking about my depression, I started getting better. I finished culinary school, went to bakery school and finished that with not much trouble. But while school was good, I had a lot of trouble with work. I kept forgetting to do simple tasks, kept zoning out and was very much scared to do anything new. This caused a lot of problems.

After I finished bakery school, I started working in a candy store. I decided to make an active change and tell my boss that I had ADHD. This did not go well. He wasn’t an understanding person and didn’t have any remorse for me when I forgot something. He didn’t have any sympathy for it.

But the problems I was having at this job were the same problems I had at all the other places I worked at. My mom suggested that I should think about using my medication again. So after 6 years of not using medications, I went back on Ritalin. The adjustment period was HARD. But I got through it and doing better now. It has definitely made my work easier.

Being on the internet and talking to other people with ADHD has made me think a lot more about it. I found out so many things that are related to my ADHD. For example that I hate wearing belts, because I become hyper sensitive and cannot do anything but focus on it. Same goes for earrings, jewellery, sleeves, socks, gloves and tight pants. I noticed that I hate crowded places such as clubs, public transportations and school cafeterias, because I get sensory overload and I feel like passing out.

I am proud of myself of how far I have come. I have been working towards my dreams and goals. In 2019 I went to the World Championship for taekwondo and I managed to get a third place. I had been working for this for 5 years already and I did it (while I wasn’t on medication). I started a hobby that has been healthy and stimulating to me.

I decided to share my story, because I want to help other women. By sharing my story I hope other girls can find some answers or that they can see that most of us go through the same things as they are. If you want someone to talk about this or if you need someone to listen and relate, you can find me on twitter and Instagram with @propsbytessa