Finding out why I’m not fitting in: Part II 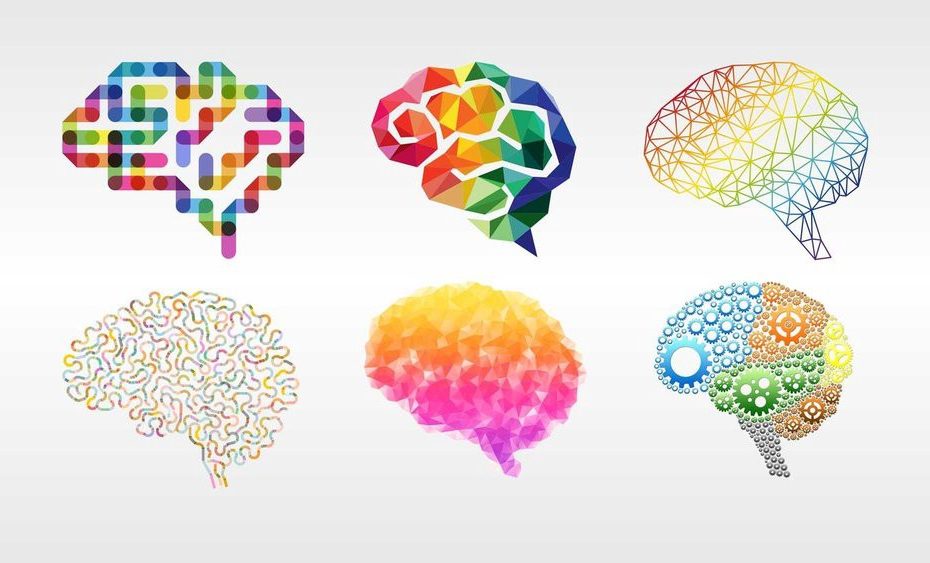 In follow up to my first blog i’ve spoken to at least a dozen friends — brilliant humans, both men and women — who suspect they have ADHD and are considering pursuing a diagnosis. I just want to say: knowing that other people might be able to find some answers because i shared my experience is all i could really hope for and i want to thank those who reached out for their bravery.

I was uncommonly organised for my psychiatrist appointment.

I took copies of my primary school reports which, on an annual basis, stated that I was a ‘wonderfully engaged student who participated actively and was enthusiastic about learning’ but that I ‘needed to try not to be distracted by those around me’ and didn’t ‘complete homework tasks on time’. In my self assessment as an 11 year old I wrote: I am good at most things. I would like to be challenged more. And under things i want to improve: my concentration.

In one hour I told my life story — family, relationships, school, work, PhD, hobbies, habits, struggles and successes. Discussing the situation surrounding my unfinished PhD brought me to tears as per usual.

I left with a diagnosis — inattentive type ADHD, and a treatment plan.

Walking out of that office on a warm sunny day in March i felt both validated and a bit like an imposter. Did I really just get an explanation of why some things are so hard for me? Did i just talk my way into it?

This is the tricky thing about ADHD — its a diagnosis based on a collection of symptoms and how much they ‘impair’ you. I had always felt my brain wasn’t normal but until my PhD i never felt that my brain was actually impairing my ability to live the life i wanted. It took someone very perceptive in my life to say to me ‘i think your brain is holding you back’ for me to seriously consider what might be going on. Learning more about the diversity and intensity of ADHD has brought a lot of clarity to my sense of self.

A common symptom discussed and shared by many people with ADHD but not yet listed in the Diagnostic Manual is Rejection sensitive dysphoria (RSD). This symptom is often what people find MOST debilitating about their ADHD and yet it’s so poorly understood.

For me RSD looked like a fear of failing so never starting, anticipating criticism and rejection from everyone in my life, and being hypersensitive to feedback to the point that it would cause me anxiety to know it was coming and then hyperfocusing on the tiniest negative thing despite overwhelming positivity.

Finally i could start to reflect and let go of all the internal conflict i felt about underachieving. That feeling of knowing you are capable and intelligent and yet still failing to complete even basic tasks is an absolute confidence killer. Not knowing why is even more confusing. Feeling shame around not ‘living up to my potential’ was something I had worked hard to move on from but still lingered.
I could start taking responsibility for my weaknesses without feeling shame around them. I had an explanation. Failing to buy and write my friends birthday cards wasn’t because I was a lazy person and a bad friend, it was because I felt the whole exercise wasn’t exciting or meaningful and so i never remember to do it. Forgetting to call my Grandma because when I don’t have triggers to remind me — the thought just doesn’t occur in my brain til days later at 1am when i’m trying to sleep, not a great time to call Grandma just fyi.

I started implementing more ‘accommodations’ at work and at home — sticky note reminders, emails to myself, systems of organisation, late starts at work, a wobbly stool etc etc. These are things I always told myself I didn’t need, because I didn’t understand my own brain. Turns out the internet is FULL of hacks for people with ADHD. Once you know what the issue is — suddenly help is plentiful.
Then a couple of weeks later I started medication. To be clear, until this point I was already doing a variety of non pharmaceutical things to help manage my symptoms. Even though i didn’t know i had ADHD, i knew they helped. Exercise, meditation, Iron supplements, drinking coffee, stimming with music and sugar if necessary. Knowing that I was doing these and still often struggled to focus meant I was open to trying medication. Also knowing that ADHD medication is THE most effective psychiatric treatment for any condition in existence with around 80% of people showing improvements.

There are various types of stimulant medication available — but to summarise the one i’m on blocks the reuptake of dopamine and norepinephrine by neurons in the brain. This means that these neurotransmitters are able to have increased effect. ADHDers are known to have lower than normal levels of dopamine. If you want to know more about that read here .

(As a side note — dopamine is more complex than we generally understand. Rather than being a simple reward for doing something, dopamine reinforces behavioural pathways that lead to the occurrence of that pleasurable thing. This is why heroin addiction is SO powerful. Not only is the pleasurable effect rewarding, but the drug itself reinforces the behaviour that lead to the pleasurable feeling — chasing the next hit. Same with twitter — the dopamine hit I get from notifications or scrolling and finding something interesting on twitter is not simply rewarding equally each time, but each time reinforces the behaviour that lead to that dopamine hit — picking up my phone and opening twitter. Dopamine deficiency on the other hand is linked to all sorts of issues including depression and Parkinsons )

So, in short. Medication helps.

It’s hard to demonstrate in a clear way while it’s working that it is in fact working, but when i get to the end of the day and I’ve actually COMPLETED my to do list, and i have managed to smoothly switch tasks without procrastinating, and i haven’t had to take breaks just to recover from the exhaustion of dragging my brain through one task only to have to build up some momentum to tackle the next task. It’s magical. It’s like having that post-coffee feeling all day, and I still drink coffee, i just don’t depend on it the same way.

I still need to support myself with being organised and planning in advance, but the giant hurdle of ‘just doing it’ isn’t so giant anymore. Even doing the dishes is just another thing i can now do without overthinking it. Part of me can’t believe I managed to get where i am today while constantly feeling fatigued in the way that I was. The other part of me still feels elated that I have developed so many useful habits and coping strategies over time that I feel well set up for the future. It’s really just the start of a new phase. A more integrated phase.

What feels important to me to emphasise is that this is not an uncommon story — there are many people, especially women, being diagnosed late in life, due to the historical lack of understanding about how ADHD manifests in women and girls. Before 1995 ADHD was not considered to affect females at all. Consistently women who have ADHD and are understandably struggling are diagnosed with anxiety and depression (and medicated!!), without ever being considered for an ADHD assessment. Recently two Australian celebrities — Em Rusciano and Fiona Olaughlin have received diagnoses and spoken about it publicly.

With such simple treatments available, the revelation is life changing.

You might have seen a recent article from ABC about overdiagnosis of ADHD in children. This is a related but separate issue to that of missed diagnoses in adults. What we know is that 2/3 of those diagnosed as children carry symptoms into adulthood — you don’t necessarily ‘grow out of it’. Some kids are so well supported in their needs that ‘medical intervention’ isn’t necessary. ADHD hits worst when you are overwhelmed, when your innate and social support mechanisms start to fail you. Everyone has slightly different mechanisms which means the symptoms manifest in different ways and on different timelines. From my perspective what’s most useful about a diagnosis is that now i know how to HELP myself, and if i can’t help myself I know where to go to for help.

In the future I’m planning to continue sharing research and resources on ADHD in order to keep up my own knowledge as well as share it with others. I’m still settling in with my new neurodivergent identity but if there’s one great thing about the ADHD community — they have reframed getting a diagnosis into a positive, exciting, welcoming, hopeful thing, and I’ll always be grateful for that.
If anything i’ve said feels relatable or you know someone who might relate — feel free to forward this on. I’d love to chat further and connect with people over this topic since it’s now a very personal one for me.

Be kind to each other folks 🙂