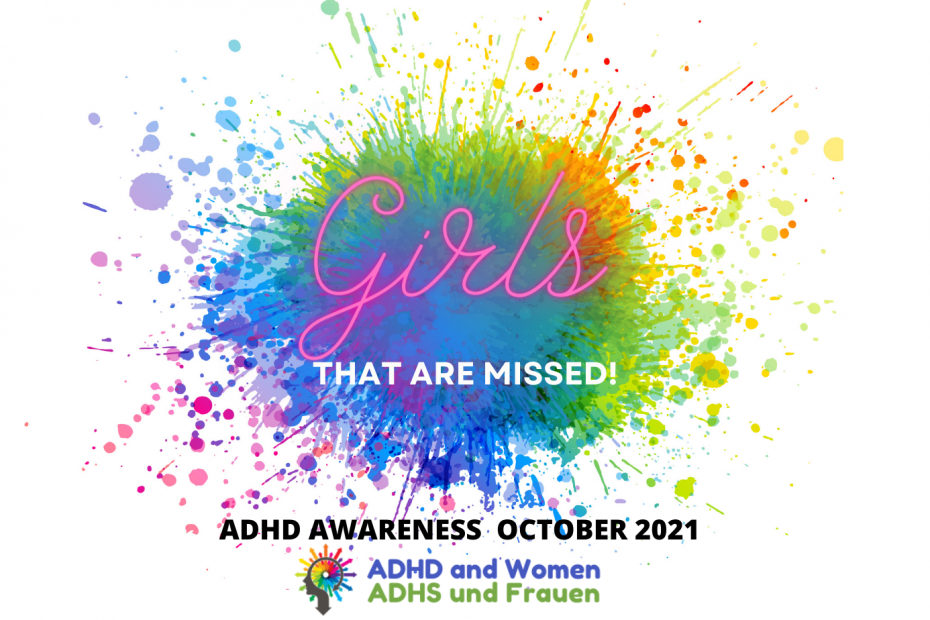 Decades of failing to recognize ADHD in girls has created a “lost generation” of women…Girls are closing one gender gap we don’t want: diagnoses of Attention deficit hyperactivity disorder (ADHD). Between 2003 and 2011, parents reported an increase of ADHD diagnoses of 55% for girls, compared to 40% for boys, according to a 2015 study in the Journal of Clinical Psychiatry. Read full article here
Under-diagnosed and under-treated, girls with ADHD face distinct risks! It took a long time to figure out how attention deficit/hyperactivity disorder presents in girls and women and the problems it can create. A pioneering study helped change that, but the condition is still often missed. Read full article here
20 Signs and Symptoms of ADHD in Girls. How the condition tends to present in females may surprise you. Living with undiagnosed ADHD can result in disadvantages, such as a lack of accommodations in the classroom, low self-esteem, and self-blame.  Being aware…. Read full article here

How I feel being
an ADHD girl

Complaints from
Girls with ADHD

Indicators of
ADHD in Girls

Did you know that girls with ADHD are more likely to:
• Be diagnosed with depression or anxiety?
• Experience a worsening of symptoms in their teens?
• View their difficulties with organizing and prioritizing as character flaws?
• Suffer from low self-esteem because of their ADHD symptoms?

ADHD can contribute to unique challenges that only girls with the disorder confront. Learn what you can do, anchored in the latest research, to guide girls through the challenges of ADHD.

Ellen B. Littman, PhD, is a clinical psychologist and has been involved with the field of attention disorders for more than 27 years. Described by the American Psychological Association as a pioneer in the identification of gender differences in ADHD, she has a particular expertise with issues affecting women and girls.
Dr. Littman is co-author of the book Understanding Girls with ADHD and contributing author of Understanding Women with ADHD. In her private practice Dr. Littman focuses on high IQ adult and adolescent ADHD populations. She specializes in identifying and treating complex presentations of ADHD that may be misinterpreted or overlooked.
Credit CHADD via Help for ADHD
https://www.youtube.com/channel/UCtIdw4TxJHT8XUlPBvYZD7A

Only boys have ADHD

Boys are diagnosed two to three times as often as girls, but about 4.2% of girls have received a diagnosis of ADHD at some point in their life (and that’s not none!).

Since ADHD was first studied in the late 1700’s, it has predominantly been studied in boys: white, hyperactive, school-aged boys, to be specific. While research on girls and women is growing at exponential rates, the myth that ADHD is a condition of boyhood has gotten in the way of adequate diagnostic and treatment services for millions of girls and women with ADHD over the centuries (yes, centuries).

According to a prominent study by the National Institute for Mental Health in 2011, about 4.2% of females have received a diagnosis of ADHD at some point in their life. However, we are still learning whether these numbers actually reflect incidence or whether rates of diagnosis for girls and women continued to be under reported.

Boys are diagnosed two to three times as often as girls, and they are also more likely to be diagnosed early in life.

Researchers are currently investigating whether there is a true difference in incidence of the condition between males and females, or whether differences in rates of diagnoses are due to other factors such as gender bias or variations in presentation of symptoms.

Overall, however, women and girls are less likely to be properly diagnosed with ADHD, with boys and men being more likely than girls and women to be referred for services even when their symptom profiles are exactly the same.

Women and girls with ADHD have a higher incidence of depression and anxiety. This could, in part, be due to a tendency of girls and women to exhibit internalizing behavior while boys and men in general are more likely to display behaviors that are more externalizing.

Many are initially referred for treatment due to symptoms of anxiety and depression, while symptoms of ADHD are missed. A number of complex and nuanced factors further influence the female experience of ADHD, including fluctuating estrogen levels impacting symptoms and gendered expectations of behavior that might complicate how symptoms are perceived.